Since 01/01/12. our company (KP "Animal Handling Center") began to catch stray dogs from the territory of Kharkov.

Homeless dogs that so often arouse pity and sympathy in us, can be a significant danger and threat to the environment. There are serious problems associated with the life of stray animals. And, first of all, it is the very presence of animals that do not have owners and a place to live. To solve this problem, it is necessary to regularly catch animals, which can be carriers of various infections and viruses, diseases that are dangerous not only for their own health, but also for human health. Therefore, trapping stray animals can be safely called a campaign to save and protect both people and the animals themselves.

Trapping stray dogs is necessary for normal the life of society and the preservation of people's health. It is carried out in order to protect us from negative influence and risk. And first of all, children and elderly people are in this risk zone.

The presence of stray animals significantly affects the aesthetic and cultural condition of the city . Dirty and overgrown dogs with frightening barking and predatory behavior create an unfavorable atmosphere in settlements.

One of the main reasons for trapping stray dogs is their high probability of having a disease such as rabies. The bite of a rabid animal is a mortal danger to humans. That is why it is so important to trap homeless animals and vaccinate healthy individuals.

Trapping stray animals is also an activity aimed at protecting the pets themselves . More recently, there were no shelters or other similar establishments, no one was involved in the capture of stray animals. Half-starved, half-wild animals roamed the streets in search of food, becoming carriers of various diseases and a threat to life. But the society did not take any more or less humane measures - they simply shot them.

Fortunately, more democratic methods have appeared in modern society. In Kharkov, a specialized communal enterprise "Center for the Treatment of Animals" was created, engaged in trapping and caring for stray animals, a city center for keeping stray animals was built, in which animals are properly monitored. 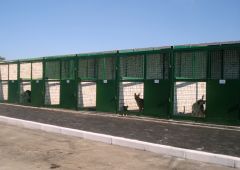 All captured animals arrive at the quarantine site, where they are kept for 7 days - the detention time (according to the Law), which is provided by the Kharkiv city answer.

If the animal has a city registration number token or other identification tags (chip, address on the collar, owner’s phone number on the collar) , on the same day, the Center’s employees will try to find the owner.

Among the applicants, animals belonging to the breed, signs of domestic content and young, socialized outbred dogs are selected. These animals are kept in the Center at the expense of the enterprise until return to the old or transfer to the new owner. They are treated, provided with care, carried out preventive vaccination, sterilized and monitor the general condition. For healthy and well-groomed animals, a search is underway for new owners. It is much safer to get an animal in a shelter than to pick it up on the street, endangering both the life of a sick animal, and your own health.

Experienced and qualified personnel are involved in the capture of homeless animals. These people know their job and have the proper skills, being careful and caring towards animals. 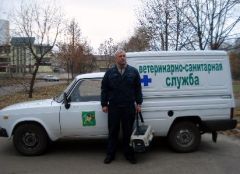 the Catching, transportation and keeping of animals produced in accordance with the recommendations of the state veterinary supervision. Prohibits cruel treatment of animals during their capture and keeping.

the Fishers are obliged to respect the principles of humanity in the capture and transportation of dogs and deliver them to the temporary detention mandatory on the day of capture.

ATTENTION! If you lost Your dog, immediately call us by phone:

Possible pet is waiting for You in our quarantine area.

WARNING! DO NOT LET THE DOG IN THE SAMOVYGULU, IT CAN GET TO CAPTURE.

the Owner, the animal which was caught by the city animal control will have to pay compensation for the costs of catching, shipping and maintenance of animals at the quarantine site.

We want to help homeless animals find their home! All  given animals vaccinated and sterilized!

Experienced veterinarians will look after your pets during your pet's vacation.

The benefits are provided to pensioners, mothers with many children, disabled persons.